In Celebration of Trees

I first fell in love with trees when I was a child, about 7 years old.  Lilac trees fell in a line like soldiers along the side of our garage, about five or six of them in a row, each about 15-20 feet tall with trunks that were just the right size to shinny up and branches that were large enough to perch on. The trees were close enough together that I could climb from one tree to another without touching the ground.  My brother and I could climb up these trees and be in a world of our own.  We were like a monkeys, free to climb and move about among the tree branches and from tree to tree.  We could play climbing games, unimpeded by the rest of the world.  Even gravity didn’t seem to have its usual pull on us.

Several years later, in my mid-twenties, I gained a new appreciation for trees.  My home was in the middle of a national forest in Oregon and trees were everywhere, especially large Douglas firs.  Sure there were clear-cuts where entire acres of forest had been harvested, leaving nothing but small seedlings sprouting up in their place.  But sprouting up they were, growing at the rate of three feet in height each year.  Those trees absolutely loved growing in that climate.  I had jobs both planting trees in those forests where the trees had been harvested and also clearing the brush in those forests so that new logging roads could be surveyed.  It was an economy that revolved around trees.  Trees were the center of the universe in that part of Oregon.

I found myself in a new relationship with trees when I moved from Oregon back to Michigan.  As it turns out, oak trees, and the lumber that can be sawn from them, make for good protection where high water has eroded lakeshore property and caused it to slide into Lake Michigan.  Our family’s summer cottage was one of those at risk and I took it upon myself to start a shoreline protection business.  I would travel to sawmills a few miles inland from Lake Michigan in the middle of oak forests that continued for miles at a stretch.  The sawmill owners would be glad to sell us truck loads of small oak trees 12 feet in length and 4 inches at the smallest end, as well as lots of board feet of 1-1/2” thick boards, 10 feet in length and 6-12 inches in width.  We would use these to build both solid and permeable oak walls on the beach of Lake Michigan, and miraculously, more often than not, they stopped the erosion.  Or at least, slowed it for a few more years.  Because the tannic acid in oak trees resists rot, some of those oak structures are still there 40 year later protecting the shoreline from high water erosion.

Many years have gone by since I first fell in love with trees.  But I have not forgotten.  Two years ago I was planning for retirement and looking for volunteer opportunities and the Seattle Tree Ambassador Program was just getting started, so I signed up.  Tree Ambassadors are Seattle citizens who volunteer to become stewards of the urban forest and serve as resources for our local community.  Tree Ambassadors do community education using tree plantings, invasive plant removal projects and Tree Walks in Seattle, with the mission of helping the city of Seattle increase their tree canopy from 23% to 30%, as it was a few years ago.

I joined the Northgate/Matthews Beach Tree Ambassador team and we became very active in fulfilling our team goals.  In the Fall of 2011, we sponsored an educational booth at Northgate Fest on tree planting and invasive removal; we held a work party to remove invasive species and make room for the new trees at the Beaver Pond Natural Area, and then we planted several Douglas firs and Western red cedars where invasive species had been removed.

In the summer of 2012 we developed the Northeast Seattle Tree Walk, which was held on September 29, 2012, with over 75 people in attendance.  I also helped create the Eastlake Tree Walk, which was held on June 1, 2013.  The Tree Guide Handouts prepared for each tree walk are on display, as well as photos of the people on the walks, and, of course, the stars of the walks – the trees.

Other Tree Ambassador projects are underway, including a project to understand what moves people to plant and sustain trees in an urban setting.  News about that project will be posted when results are in.

Thank You Note to Trees

When I attended the Tree Ambassador training in the Spring of 2011, all of the volunteers were asked why we wanted to be Seattle Tree Ambassadors.  A woman in front of me answered, “Trees have wisdom, and I want to learn from them.”  Wow, I thought, how am I going to top that?  When my turn came I simply said that I had benefited so much from trees, I figured I owed them and it was time to pay them back.  So here’s my “Thank You” note to trees: 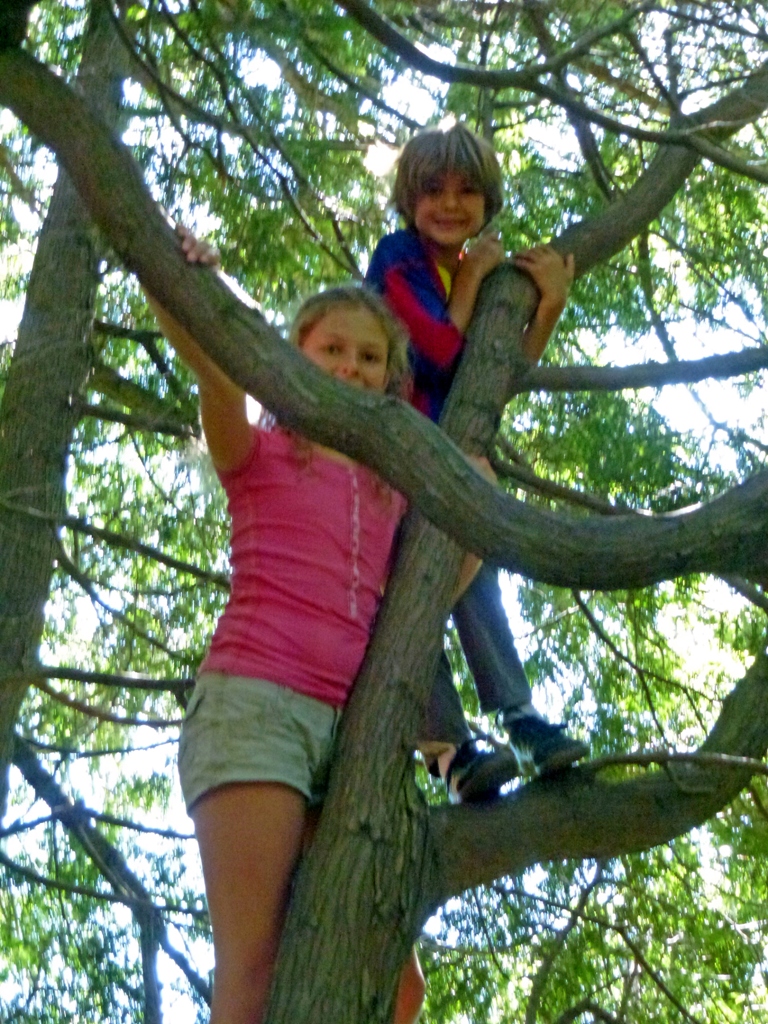